from Land of Illusions by X-Ray Poetz 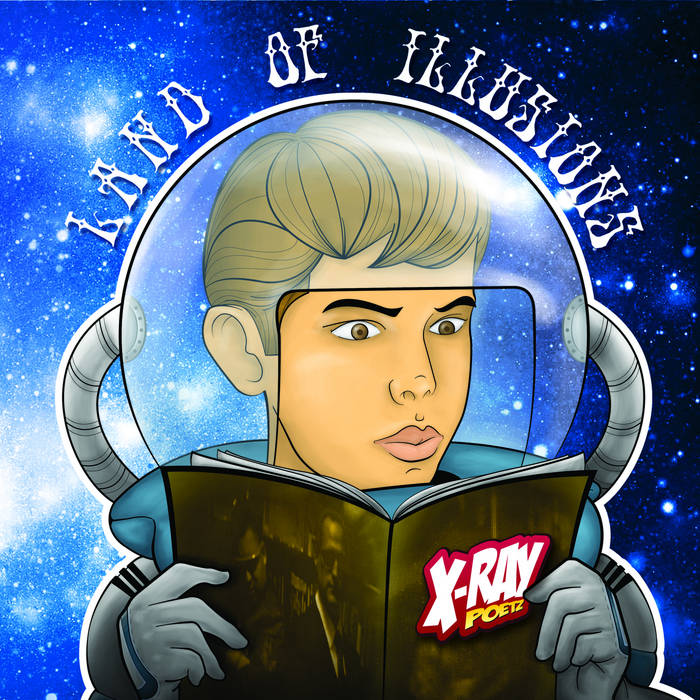 EtherGun:
What the hell
is a dollar-a-year man?
Why does he do it?
What's the scam?
It used to be called an honorarium
But there's no honor any more,
Because you don't know where his money's
Coming from.
Conspiracy theories ring true.
Illuminati eye on the pyramid
Is watching you.
But if you had a dollar,
You could look at it too.
It's the New World Order, fool.

He's a dollar-a-year man
Working on his One World,
One World, One World
Plan to take your pennies
from your eyes

MC Cyclops:
He ain't the eye at the top of the pyramid, lookin',
He's just one of the bricks, holdin' those that are cookin',
Making up the agenda that everybody follows,
The dollar a year man, takes everything and just swallows,

He's got the stocks and companies to manipulate,
He sweeps the dirt under the rug just like a Watergate,
He dresses like his masters giving orders to his slaves,
Ivy League graduates, not knowing how he spends his days,

On the phone with untraceable links, sees it blinks,
Takes an order that he's got to go line up some shrinks,
Testifying against some people that were doing good,
Gets 'em locked up, his friends just raised the price of food,

Already owning transportation and the cost of gas,
Now it's time for world government to come at last,
He's flying in for a global summit, a total secret,
Just so they can talk about the world and how they keep it.

EtherGun:
He's a dollar-a-year man
Working on his One World,
One World, One World
Ministry of Love lies

MC Cyclops:
History repeats, it's just another vicious cycle,
Dollar a year men burned people for reading the bible,
And now in the 21st century, it's drug 'em all,
Hook 'em up to tv, Internet and shopping malls,

People buyin' what he's sellin', like a watermelon,
But genetically altered, so it's just silent killin',
Fill the hospital beds with fattened newly weds,
Milk 'em for life or just until their insurance is dead,

He's got his hands in everything from the US to China,
Including a woman, not his wife, how he loves to dine her,
He knows there's agents in the room, watching every move,
Gaining blackmail on him so he'll never switch up his groove,

It's just all part of being a puppet in a master game,
He doesn't even know Geppetto holds his platinum chain,
Drives his Bentley to his multi-million dollar pad,
Opens the door to his son and now it's time to play dad.

EtherGun:
He's a dollar-a-year man
Working on his One World,
One World, One World
Plan to take your pennies
from your eyes

He's a dollar-a-year man
Working on his One World,
One World, One World
Ministry of Love lies

MC Cyclops:
Alien agenda, who shot JFK today?
Tracking down the bloggers shut 'em up or give 'em more pay,
Make it all confusing, send the world into an apathy,
Now he takes his time plotting how he gets to mastery,

33rd degrees, slay another Socrates with ease,
Leave 'em out to bleed so they never plant another seed,
Feed 'em at the local fast food drive thru,
'scribe 'em pills until they all turn the color blue,

He's the man that keeps 'em all suppressed, see the stress,
He ain't a happy dude, but he thinks he's passing the test,
He just paid off the Congress, now he gives the prez a call,
Makes his money never thinks another thought at all,

Doesn't see the future when the planet's dead,
His gold and dollars, totally worthless to his little kid,
And the past is something bad that reminds him of what he did,
But give him a present and you can buy him for a dollar bid.


EtherGun:
If you won't put your kid
On Psych-ordered drugs,
You get a home visit
From Blackwater thugs.
Alternative 3, rich living on Mars,
while you hide in your basement,
counting your Mason jars.

"We must guard against
the acquisition of unwarranted influence,
whether sought or unsought,
by the Military-Industrial Complex.

The potential for the disastrous rise
of misplaced power exists,
and will persist.

Public policy could itself
become the captive
of a scientific, technological elite."

Two guys making genre defying music (Rock+Classical+Electronic+Hip Hop+everything else) with a message. Science fiction, political philosophy, comic books, literary storytelling and big ideas are packed into songs that are inspiring, intelligent and fun. X-Ray Poetz music is so dangerous it's a safe bet. Stock up. ... more

Bandcamp Daily  your guide to the world of Bandcamp